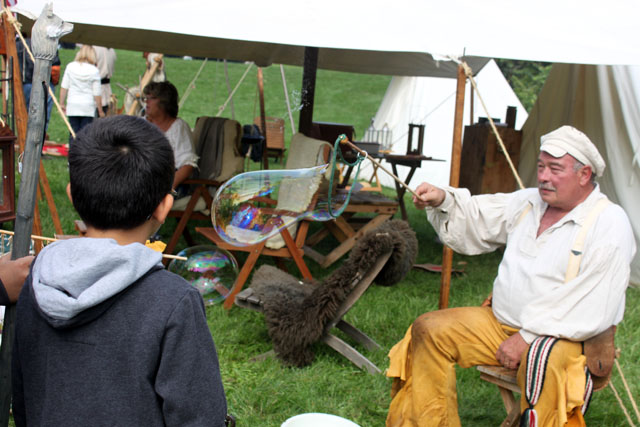 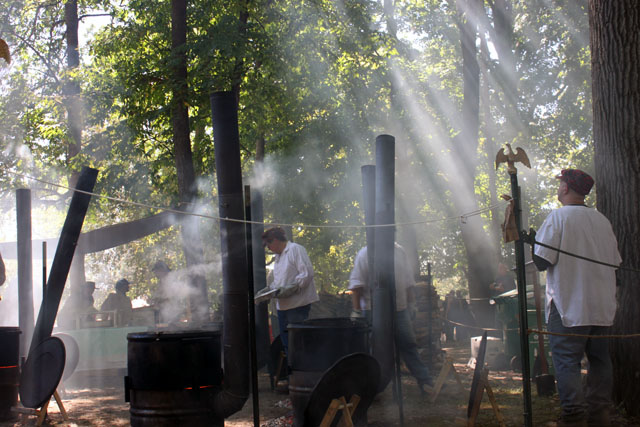 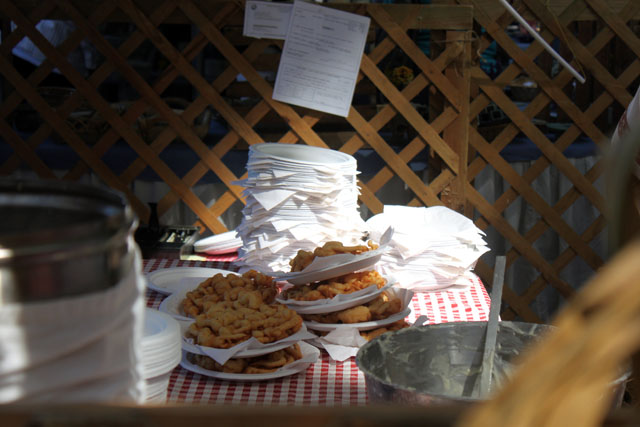 Prior to this weekend, my knowledge of John Chapman was merely a caricature image of a barefoot Lincoln-looking man carrying a seed sack and wearing a tin pot for a hat.  After traipsing around the festival named for him (eating fried and kettle-cooked things with the name petal attached to them and touching beads and bones and furs), I started to read Howard Means’ recent book about the folk hero.  In it, he “explores how our national past gets mythologized and hired out.”  From the book: “Johnny Appleseed, of course, does live on, but less as a whole person than as a barometer of the ever-shifting American ideal: by turns a pacifist, the White Noble Savage, a children’s book simpleton, a frontier bootlegger in the fanciful interpretation of Michael Pollan, patron saint of everything from cannabis to evangelical environmentalism and creation care–everything, that is, but the flesh-and-blood man he really was.”  This folk hero was a real guy with a seemingly steady moral compass and passion for the literal and figurative sweetness in life.  I wonder how he would navigate life on modern day Parnell Avenue as opposed to 19th century wilderness.  Would he find it all a bit too cloying?